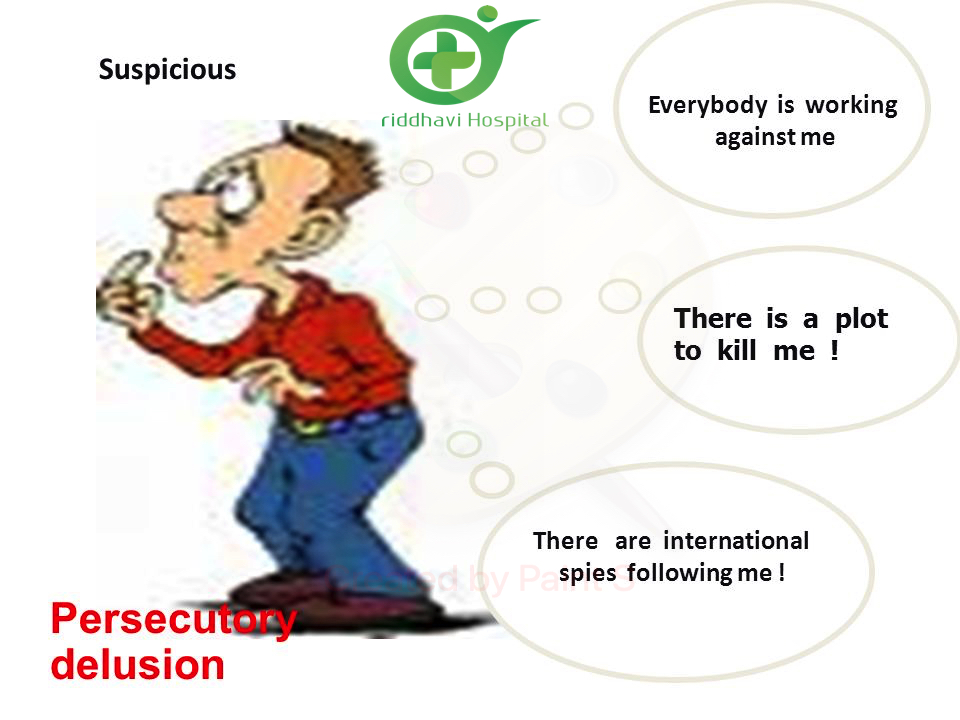 When someone experiences persecutory delusions, they believe a person or group wants to hurt them. They firmly believe this is true, despite the lack of proof. Persecutory delusions are a form of paranoia. They’re often seen in schizophrenia and other mental illnesses, like schizoaffective disorder and post-traumatic stress disorder.

The main symptoms of persecutory delusions is a person believing that others intend to harm them or that they’re being accused of doing something horrible that they never did. The belief, which is based on bizarre or irrational reasoning, affects how a person behaves and thinks.

If their delusions are disputed, the person may further explain the belief with more unrealistic reasoning.

The person will say these things as if they’re facts. They might also use vague terms and seem agitated or suspicious.

Treatment
Developing Persecutory delusion indicates the patient needs immediate medical treatment from a psychiatrist. Many a times both the patient and the family need to be educated about the illness and taught how to manage it, this can be best done by the counsellor.